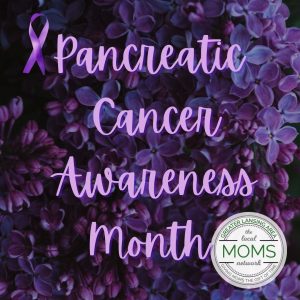 Pancreatic cancer is one of the more lethal forms of cancer because when detected it is often in the end stages when treatment is difficult.

According to the Cancer Research Institute, pancreatic cancer is the 3rd leading cause of cancer-related deaths in the United States, it has a 9% 5-year survival rate and over 460,000 new cases will be diagnosed annually worldwide.

This is not meant to be a science lesson or data filled read.  But at the same time, it is.  Who said, “knowledge is power?”  Our hope is to make you aware by sharing a story.

On November 18- The Pancreatic Cancer Action Network – pancan.org – is hosting, Early Detection and Better Treatments: How Testing Plays a Critical Role – on World Pancreatic Cancer Day!  It is free, it is simple and it is online – more information HERE.

What were Eric’s symptoms?  Upper abdominal discomfort, some bloating, and to use his words, “my poop changed…and…something just isn’t (wasn’t) right.”

Sounds pretty non-specific, huh?  All symptoms that easily were attributed to  something else.

This is also not meant to scare anyone nor make a claim that if your bowel habits change, you have pancreatic cancer.  Again, it is meant to raise awareness about a disease that occurs and when caught early is survivable.

Sometimes I wonder what may have been if it would have been detected sooner but I know that wishful thinking.  And while I do in fact wish his story would have been different, I will better spend my energy making sure others are aware of this vile, relentless disease.  I wish I was able to communicate my feelings about my brother and pancreatic cancer better, but I cannot.  Maybe next year…

Eric was an educator in the Lansing School District for many years before moving to Northern Michigan where he served as the Head of Schools at Leelanau Montessori Public School Academy.  While we miss Eric, his humor and his kindness, we know his mark has a rippling, ongoing impact..

If you would like to learn more about Eric Royston, please visit the foundation that was created in his memory – the Eric Royston Foundation.  If you knew Eric and have a story to share, his family would LOVE to hear it – even if we have heard it before 🙂  Email [email protected] and as his family has said since March 2019, #smilelikeeric