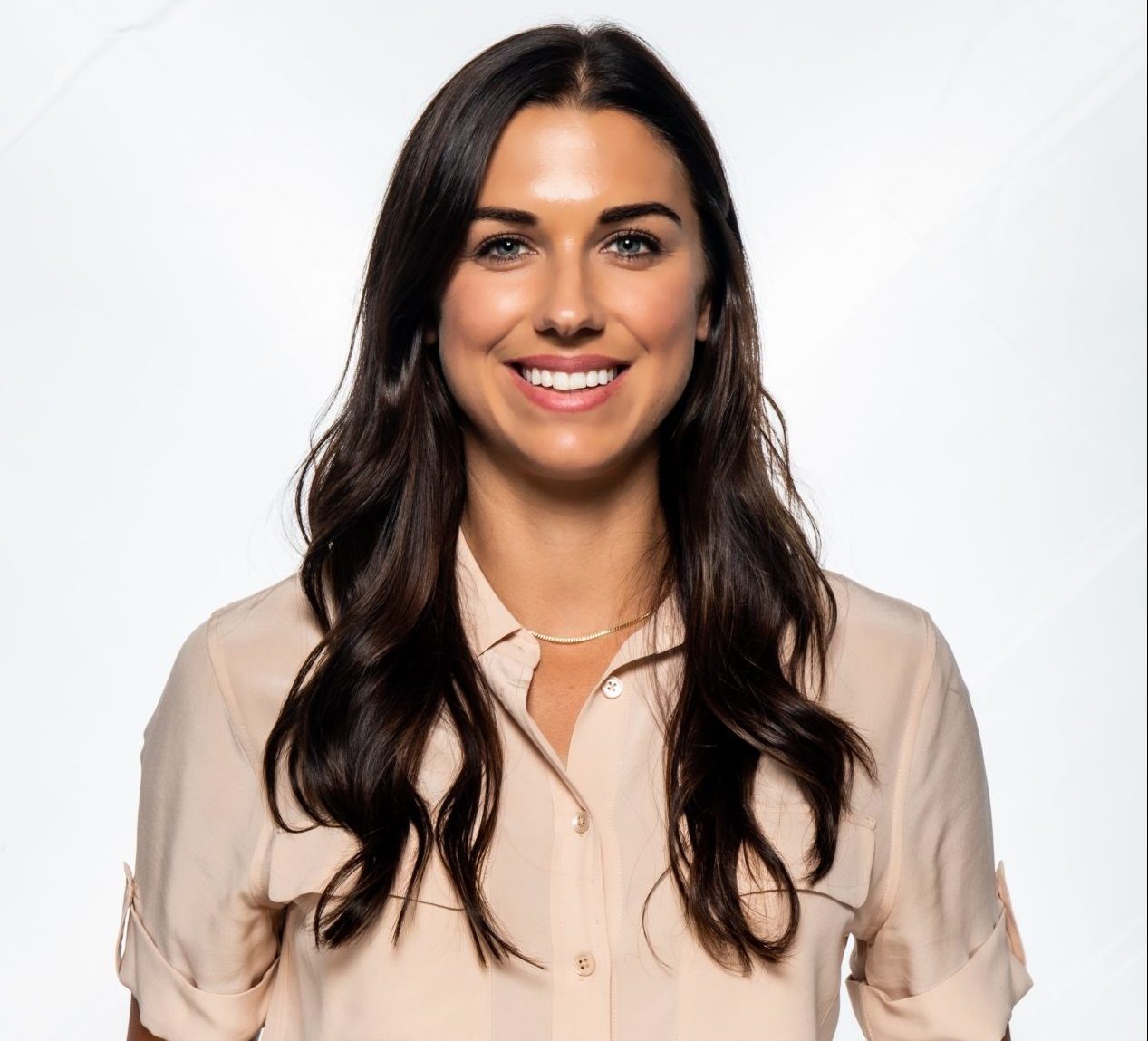 In 2009, Alex Morgan joined the US Women’s soccer team, making history as the team’s youngest player, at just 22. Today, at 32, she’s a three-time Olympian, having taken home gold in London in 2012 and bronze this past summer in Tokyo. She helped the US win the World Cup in 2015. But 17 months ago she added a different role—Mom—to her impressive resume, when she gave birth to daughter Charlie. We spoke to Alex about how becoming a mother has influenced her career, her thoughts on raising an athlete (and her Fun Comes First campaign with GoGo squeeZ), her commit to gender equality in sports, and more.

How has having your daughter changed how you think of your career?
I think it has had a big effect on how I approach soccer and my playing, and my post-soccer career. As challenging as it was initially [after having Charlie],  I feel like I’ve gotten to a place with my schedule where I can be present as a mom and an athlete, and do them both very well. In terms of the longevity of my career, it’s now based on continuing to love playing. Knowing I have a family at home I love and am happy with…if soccer isn’t giving that to me anymore, I don’t have to continue. It’s not looking at it as a job, but something I love to continue to do so much that I’m leaving my family to do it, sometimes for weeks at a time.

When did you start playing soccer? And has Charlie become interested yet?
She has been introduced since she was an infant because she was going to my games at 5 months old. She will be around sports and soccer but that doesn’t mean she has to play. I do already see an interest from her, though. It makes her happy to kick the ball with other kids after the game. My parents were so supportive and I want to be that too—not overbearing. What is soccer when you’re young? Seeing your friends. Enjoying the car rides with your parents and siblings. It’s going to get pizza or ice cream after the game, win or loss. There is so much more than the end result of winning. As a professional athlete we put an emphasis on winning but a lot of 8 or 10-year-olds are putting pressure on themselves— and it needs to be fun.

On that point, why did you partner up with GoGo squeeZ on Fun Comes First?
I love this partnership because they’ve really emphasized kids having fun. At least in soccer, there’s this notion that somehow changed in the last 20 years, that you have to start training every day if you want to be a professional athlete…and that’s a false narrative. As a young teenager or kid you need to love it or have fun. There is so much that sports can give you besides the results of the match – friendships, teaching points you can apply to daily life, the principles that it can teach you like sacrifice, commitment, listening to others, teamwork, a shared sense of something bigger. All of those are part of the reason I wanted to keep playing soccer and why I loved it so much. I didn’t even start practicing more than two times a week until I was 14-years-old. I played softball, volleyball, basketball – I wanted to play all different sports. [That mentality] also limits who can play the sport of soccer. In other countries it’s not a wealthy person’s sports—it can be played inside outside, on a carpet…anywhere.  It’s becoming a pay to play model and it should be accessible. When you get older you want to have good coaches. But when you’re a kid and a young teenager it’s all about having fun and giving everyone the same access.

Love that advice! You adopted a vegan diet a few years ago.  Is Charlie a good eater?
She’s actually really loves GoGo squeeZ. Her first words were Mommy, Daddy, GoGo….Not joking! She’s not too picky. We try to introduce her to as many textures and types of food as we can. She’s really into rice and beans lately which are good carbs and protein—that’s something I look for in vegan food and my diet. A meal we can all have is veggie enchiladas with rice and beans. That’s one of our go-tos.

US Soccer has committed to equal pay for its men’s and women’s teams – can you talk about why this statement wasn’t exactly what you and the team were hoping for?
Us Soccer provided equal contracts and equal compensation in those contracts, but those compensation and contracts weren’t even equivalent to our current contracts – and we’re five years away from signing those. Our value is greater than that. We’ve been proven to overproduce and show we can do that with lack of investment. And so I think we want to see equal pay but also for it to be fair.

By standing up for equal pay, what do you hope to show your daughter?
I look at my career with the national team…and I’m in the latter stages of my career. Even if we were to sign equal and fair contracts in 2022, I really only get a couple of years to reap those benefits, but I look forward at the effect it will have on the future of the sport.  I look at the next generation and someone like my daughter won’t have to spend 10, 20 or 30 percent of her time fighting for what should be a basic thing. Just because we’re female soccer players, we don’t deserve less. We’ve already seen change within soccer globally, and other teams [in other sports] garner equal pay. It’s amazing to see actresses, women in tech, businesswomen stand up and fight for equal pay and transparency. It’s something that’s not going away. The biggest factor is lack of government support for moms.