GLAMoms recently met Anna Seebeck.   Anna has played for the Gladwin Football team her junior and senior years and this past November, made it to Ford Field.  Anna and her fellow Flying G’s played in the MSHAA Division 5 State Championship Game – and WON!

While she is not the first girl to play football at the high school level, this was a first for her.  Her passion is soccer and they needed a kicker.  So she stepped up and now 122 points later, along with a couple MHSAA records – this girl is another example of girls who can do anything they set their minds to.

We both have girls here at GLAMoms and we are grateful for role models such as Anna.  Learn more about Anna, her family, her thoughts on unconventional roles in sports and how her drive led to her success.

How long have you been playing football?
I played football in both my junior and senior year; I had never played any football prior, so it took a lot of off-season work to get to where I needed to be. My first season started in the summer of 2021.

Our head coach Marc Jarstfer had asked me on a few occasions if I would place kick on the football team, as they needed a kicker. Initially, I thought he was joking, but after a couple more conversations, I had my mind set on it, and I was going to do it. It took some convincing to get my parents on board.

To this day, I am still pretty sure my mom thought it was a joke up until the first game!

Learning to kick became an obsession. Along with the usual summer workouts for Gladwin athletes, I kicked once or twice daily with my brother or dad. If I wasn’t kicking, I was thinking about it and talking about it, too. I am sure a few of my close friends were sick of it for a while!

That summer was a physical and mental challenge, but I improved significantly. As a result, I was able to make the team and start as the placekicker for the 2021 and 2022 seasons.

You play soccer, and what other sports? Do you have a favorite?
Along with soccer and football, I play volleyball and basketball. Soccer is my favorite. I have played it the longest and have been involved in our school’s  girl’s program since I was a youth manager in 3rd grade.

I enjoy all the sports and teams I have been part of, but my love and passion for soccer have been going strong since I started playing. When I am on the field, I feel like I am flying, and that feeling is entirely unique to soccer.

Do your teammates treat you like one of the guys, or are they extra protective of their kicker?
A healthy mix of both. In school, on the bus, in the weight room, and in the locker room, I am treated just as one of the guys. I could tell when they started to get used to having me around because they stopped letting their manners hold them back. Boys can be kind of gross, haha!

On the field, they are incredibly protective. It is rare that I ever get touched when I go out to kick, but if it may happen, there is a whole line of men yelling to the other team, “That’s our kicker; don’t touch our kicker!”

I got the opportunity to score a touchdown this season: The plan was to give me the ball and have me run behind a wall of offensive linemen until I got in the endzone. I was insanely nervous, but I got a lot of reassurance from the guys that no one would touch me.

They were right. I became the first female in Gladwin’s football history to score a touchdown in that game.

Did your older brother play football?  And how did he help you prepare when you decided to play?
Yes, my older brother Erik was the Gladwin football kicker when he was in high school. Erik was an incredibly talented kicker; he put in tons of off-season work at clinics and camps. Though the team he was on saw little success, he ensured that his job was done well and consistently. For that, he has been a huge inspiration.

Erik also helped me learn to kick. His patience for me at the beginning was admirable because even though he was the instructor, I still had my role to fill as the little sister know-it-all. I remember watching Erik kick in the yard through the uprights that my dad had built him, so to be out there in the same cleats kicking through the same posts was very cool. He was a huge help and a key to the success I have had.

I also have a poodle named Scout, who I also consider a brother; he’s the best!

How awesome was FORD FIELD?
Awesome does not even begin to describe the experience of being there. My first words out loud when we walked into the stadium on Friday were, “How did I get here?” It didn’t feel real.

At that moment, it had only felt like yesterday when I had that conversation with Coach Jarstfer, and now I was about to play in a state final game. I got my own locker room which was pretty sweet, and It was surreal to be surrounded by such a massive crowd of familiar faces.

Looking back on it, it really does feel like a dream. I remember watching the Lions on Thanksgiving at my grandma’s house and getting nervous just looking at the field.

What is something you tell girls about playing football? Or rather, what would you share with girls about doing something that may not be perceived as, “normal.”
Don’t wait to take the first step, and go for it! When you do anything outside the “norm,” you are bound to face adversity. There will always be people who want to see you fail or disagree with what you are doing.

I was totally not ready for this. Making the team was hard enough, but learning to stay positive when faced with this kind of adversity was a whole new challenge. It is important for young girls to know that just because what they want to do is unconventional does not make it wrong, and just because they are a girl does not make them less capable or too emotional to do it.

Be strong, stay motivated, and never let anyone place you in a box.

What is a lesson you have learned since being part of the Gladwin Football team for the past 2 seasons?
I have learned a lot of lessons over the past two seasons. The one that will stay with me the most is learning to be okay on my own.

I had a huge team of players and coaches who were there for me during those seasons, but being the only woman on the team was sometimes isolating. I never wanted my gender to be a factor in my performance, both good and bad. I didn’t want to be a good kicker “for a girl,” and I did not want to be considered an emotional liability for the same reason.

When I had a bad practice or game, I’d spend a lot of time afterward worrying that the coaches and players would look at me as mentally weak. I was the one that needed to be there to pick myself up and keep going. This was a hard adjustment for me, but it taught me to be more self-reliant, and having that skill will be important in the future.

Still, I am very excited for my senior basketball and soccer seasons. I have played with the same group of amazing Gladwin girls for as long as I can remember so It is exciting to have one last ride with them this year.

I am also looking forward to all the fun senior year brings, especially graduation!

Now, let’s learn a little more about you….

Where is your favorite place in Michigan to travel?
My favorite place to travel in Michigan is Marquette. There is plenty to do all year round, but I love the beaches in the summer. My mom and I enjoy hiking together and there are plenty of trails. My dad, brother, and I love mountain biking when we visit. I hope to join my brother at Northern Michigan University next fall and move into the house my parents bought with him.

What are some other things you like to do in your free time?
Aside from athletics, I love to travel with my family to places where we can hike, mountain bike, and snowboard/ski together. Recently our favorite places to go have been Utah and Colorado. I also love listening to all kinds of music and playing guitar. I have a collection of five guitars, three electric and two acoustic, that I have been playing since I was about twelve.

I love having my friends over to my lake house during the summer and going out on the boat.

Pizza or Pasta?
Pasta, it’s much more versatile than pizza

Jordans or Dunks?
Jordans, they are classic.

Snow or sand?
Snow, snowboarding and snowmobiling are tons of fun!

Netflix or Hulu?
Normally, I would say Hulu, but “Wednesday” just came out on Netflix, and I have been loving it so far. So Netflix.

MSU or UofM?
MSU, I’m not sure how other families decide, but I think I was born into it. I don’t ask questions; I just wear green.

Swim or Skate or Ski?
Snowboarding! I took lessons when I was younger and have loved it ever since.

And we had to ask – What is a Flying G?
Anna’s dad, Rick,  helped us out with this one – We get that a lot!  A flying G is the letter G with wings.  There was a time when the school tried to claim the Goshawk as a mascot but it didn’t stick.  The G represents Gladwin.

Anna, we hope you enjoy the remainder of your senior year.  Thank you for sharing so much of your incredible story with Greater Lansing Area Moms.  You are a powerful role model for women of all ages!  And you are wise beyond your years!  We look forward to watching from the sidelines as you make you mark! 🙂 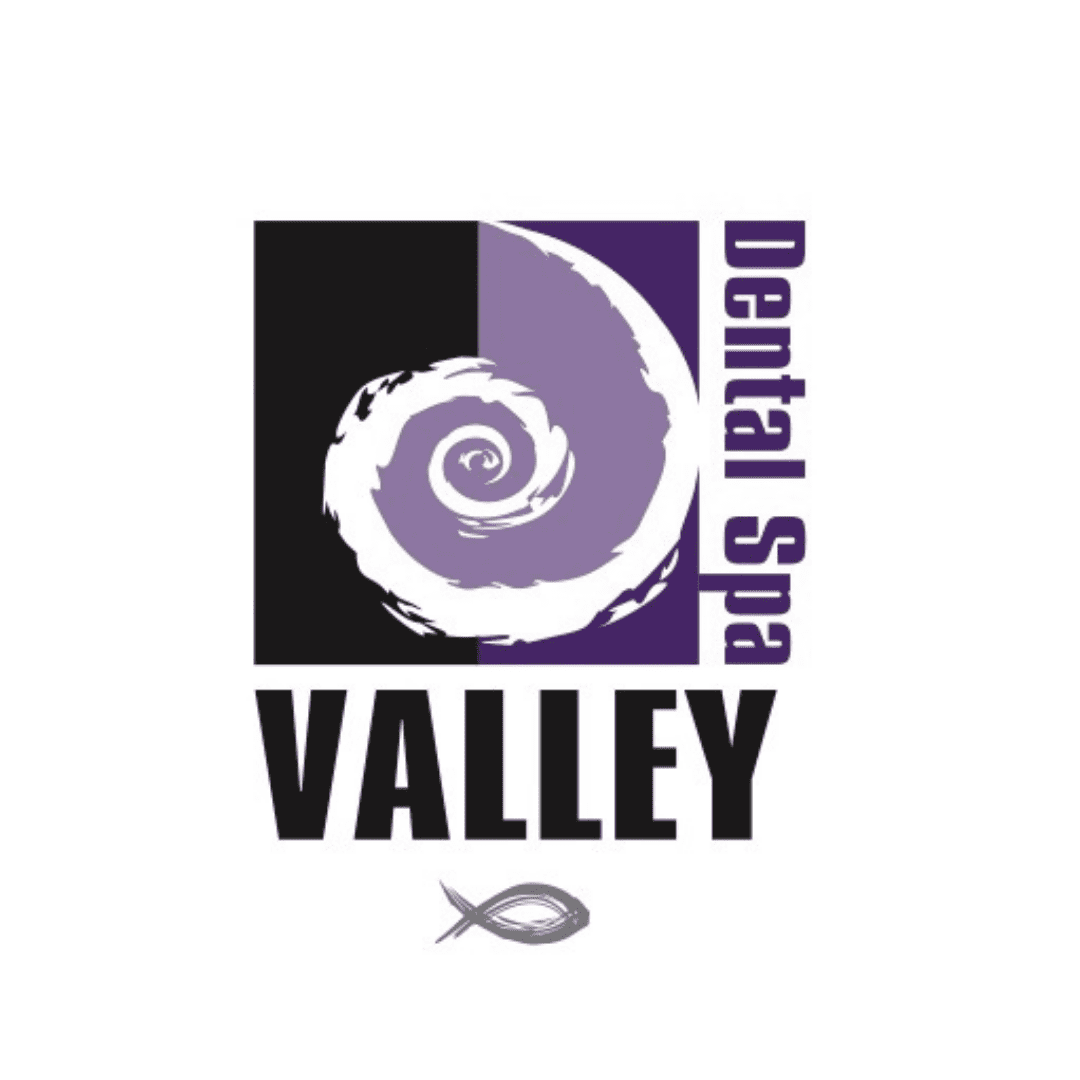